Westconnex proposes to destroy Buruwan Park and the Crescent Mural 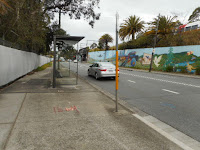 On 20 November 2018 Inner West Council voted unanimously to nominate the iconic and much-loved The Crescent mural in Annandale for heritage listing. 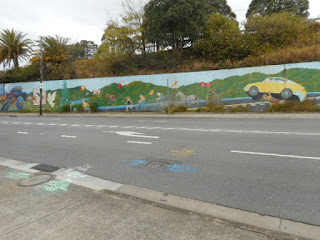 The mural was created in 1980 by artist Rodney Monk. The sprawling mural at has been described as ‘the peoples mural’.

It was commissioned by the then-Leichhardt Council as an employment scheme for unemployed artists. 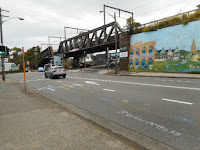 The mural was inspired by the community activism around key events such as opposition to the Vietnam War and the sacking of the Whitlam government, but also social movements such as personal liberation including sexuality, gender, racism and ethnicity, and the self-expression of alternative lifestyles and cultural activities.- The Mural Investigation (2010) 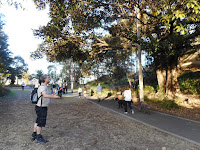 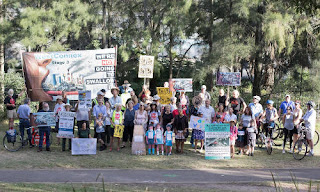 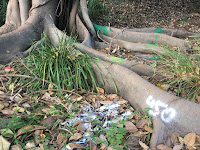 Over 20 years of bushcare and ecological restoration.

Despite headline, reduces amenity of Cycling Routes into the city.


Diagrams below - description of modification at https://perambuler.ramin.com.au/2019/08/westconnex-m4-m5-link-mod-2-annandale.html 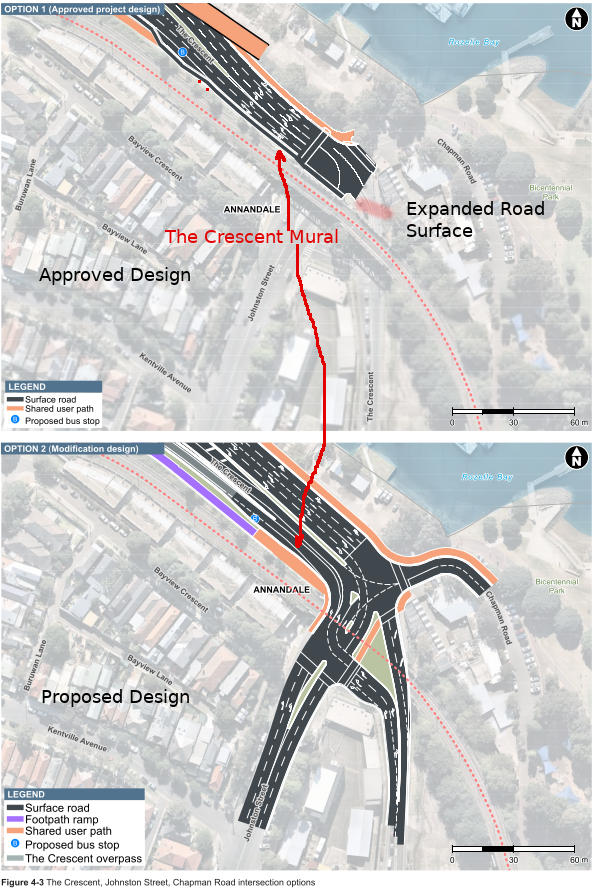 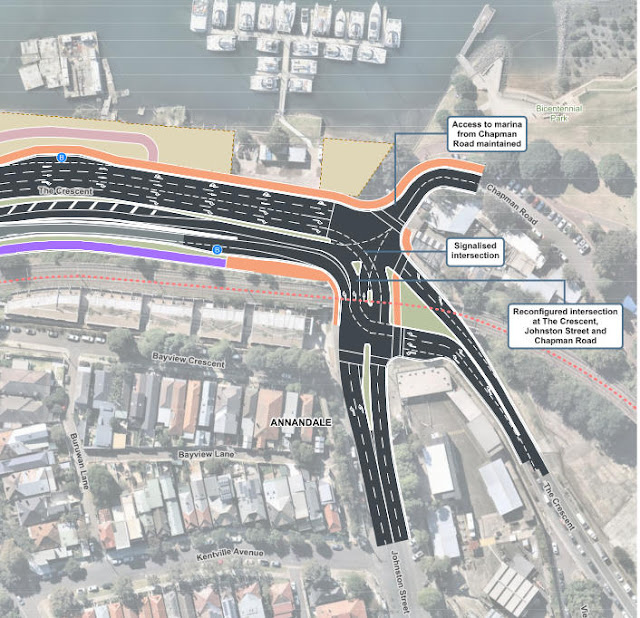 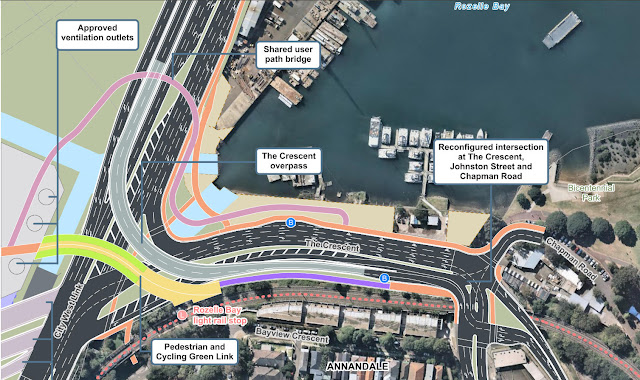 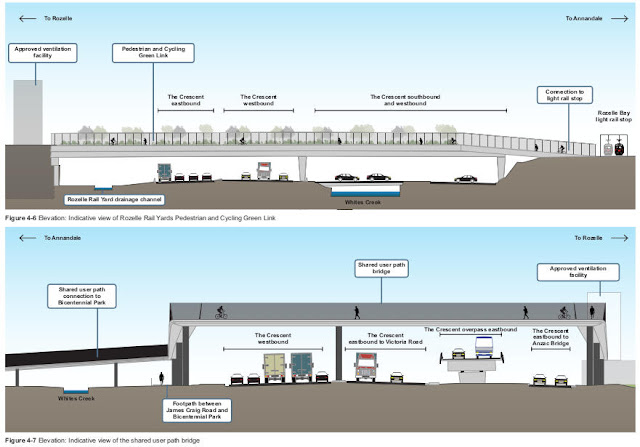 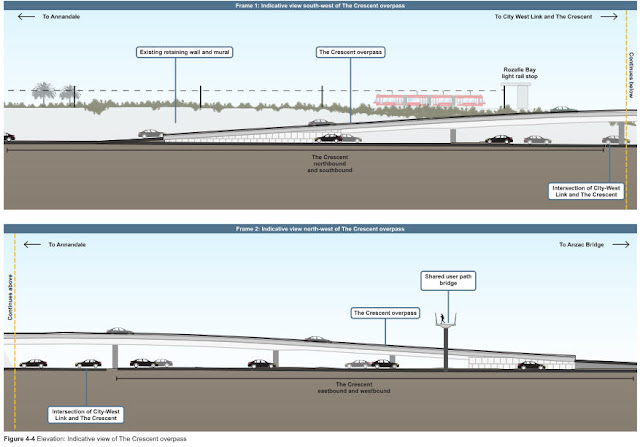 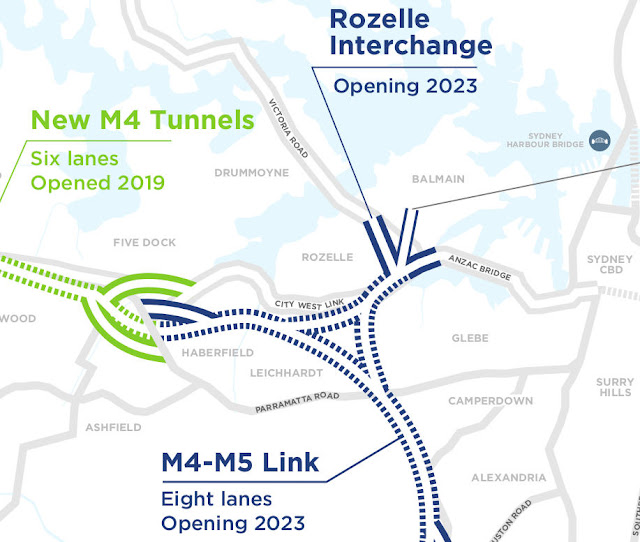