Just another day in the Inner West! 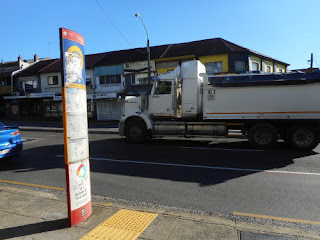 A full Saturday, setting out about 9.15am.

Waiting for the 461 on Parramatta Road, opposite Nelson Street I noticed the trucks hurtling past.

Guess they were going to and from the Annandale dive site a little further east.

The speed limit is 60kmph and the trucks seemed to be doing that and then some. 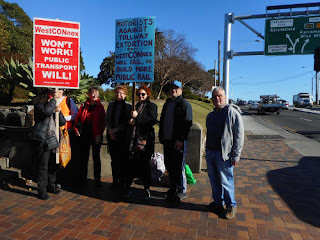 Caught the tail end of the 8am "show of displeasure" at the opening of the M4 East Tunnels at Ashfield and Haberfield. Observed trucks avoiding the tunnel.

Continued along Parramatta Road on Foot along the Westconnex constructed shared path to Bland Street and the Pedestrian Bridge, where another group were packing up after showing their displeasure at the opening of westconnex. 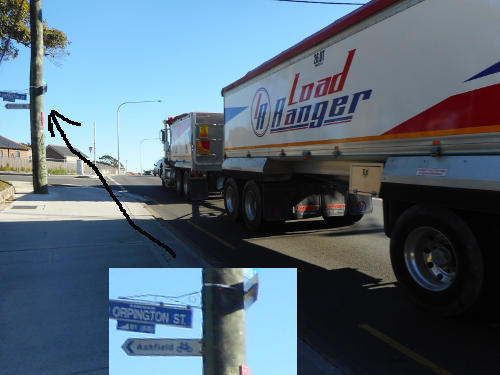 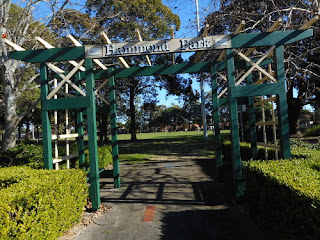 Continuing along Parramatta Road, to Frederick St, through Hammond Park to  Church Street to Croydon Road and Edwin Lane, to attend the smoking ceremony for the new mural in Edwin Lane Croydon. 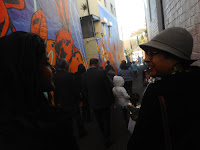 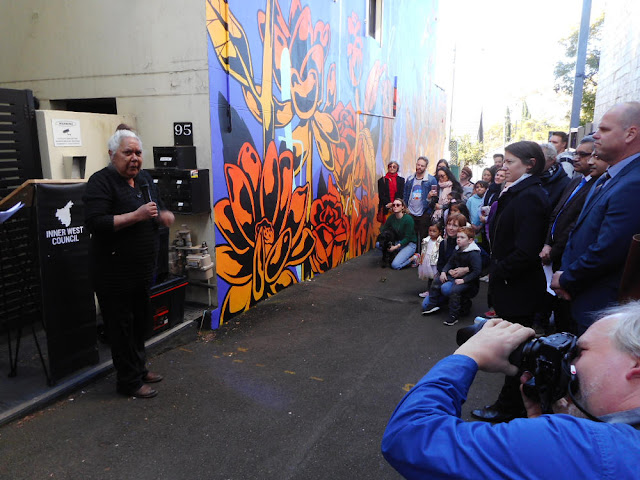 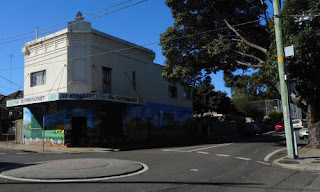 Then stumbled across a little laneway along the railway tracks before checking out work at the Ashfield Pool and the Elizabeth Street Playground.

Continuing along Elizabeth Street, admired a few more murals and footpaths in need of repair.

Had lunch and coffee in Ashfield and reflected on the moon rising! 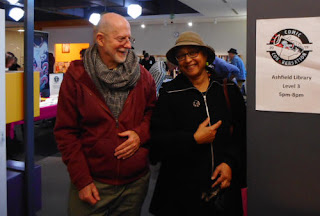 Then jumped on a train to Newtown to attend the World Premiere of This Bitter Earth at the Newtheatre and meet the playwright Chris Edwards.


Picked up a few  pastizzis before heading home on the 370!

Just another day in the Inner West!