Statement from the Heart forum at Marrickville

It was an honour for Inner West Council to host an Uluru Statement from the Heart Forum last Thursday in Marrickville Hall.

The Uluru Statement from the Heart asks for "constitutional reforms to empower our people and take a rightful place in our own country. When we have power over our destiny our children will flourish. They will walk in two worlds and their culture will be a gift to their country."

Following the welcome to Country by Aunty Deb Lenis, Linda Burney, Wiradjuri Nation, Minister for Indigenous Australians addressed the crowd and those watching online. Linda Burney said,
“The Uluru Statement is an incredibly generous invitation to the Australian people to walk together with First Nations people and the journey begins in Marrickville with a packed out Town Hall on Thursday night.”

Dean Parkin, Quandamooka peoples, Director, From the Heart  reminded us that this was addressed to the people of Australia and not to governments.

Senator Patrick Dodson, a Yawuru man wrapped up by explaining the called for change to the Australian Constitution to enshrine the Voice required a YES vote from a majority of States as well as individuals across the Federation. 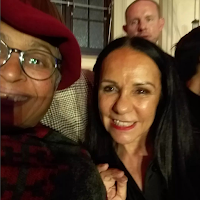 If you missed the Inner West Council Forum last Thursday a recording (including Minister Burney reading out the statement)  is available on youtube at https://www.youtube.com/watch?v=JEPlWjoP8Iw 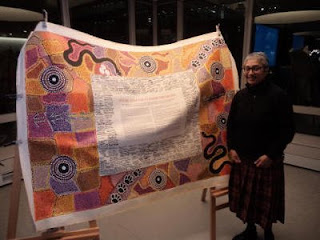 In July 2018 I attendended a forum at Twitter Head Quarters in Sydney as part of NAIDOC Week on the theme #BecauseOfHerWeCan which was part of the circuit of the Uluru Statement with signatures and artwork on Canvas! 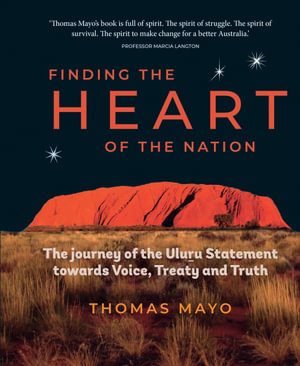 "Finding the Heart of the Nation The Journey of the Uluru Statement towards Voice, Treaty and Truth by Thomas Mayor is a book for all Australians.

Since the Uluru Statement from the Heart was formed in 2017, Thomas Mayor has travelled around the country to promote its vision of a better future for Indigenous Australians. He’s visited communities big and small, often with the Uluru Statement canvas rolled up in a tube under his arm.

Through the story of his own journey and interviews with 20 key people, Thomas taps into a deep sense of our shared humanity. The voices within these chapters make clear what the Uluru Statement is and why it is so important. And Thomas hopes you will be moved to join them, along with the growing movement of Australians who want to see substantive constitutional change.

Thomas believes that we will only find the heart of our nation when the First peoples – the Aboriginal and Torres Strait Islanders – are recognised with a representative Voice enshrined in the Australian Constitution."..https://www.hardiegrant.com/au/publishing/bookfinder/book/finding-the-heart-of-the-nation-by-thomas-mayor/9781741176728

There is also Finding Our Heart - A Story about the Uluru Statement for Young Australians By: Thomas Mayor, Blak Douglas (Illustrator) https://www.booktopia.com.au/finding-our-heart-thomas-mayor/book/9781741177176.html