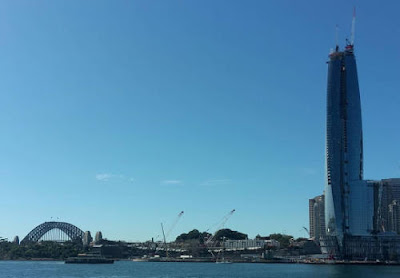 Caught the Tram at Rozelle Bay and got off at Star City.

Coffee with S on Jones Bay Wharf then a walk around the Pyrmont foreshore before heading back to Annandale, via the fishmarkets and glebe.

The tower, the boats, the blue sky and the blue water - David Williamson's Emerald City

The tower at Barangaroo was being constructed. It dwarfed the city buildings and snuck into the photograph of the Fishmarkets. 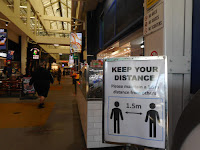 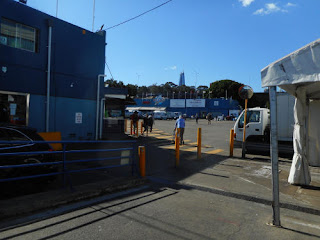 The demolition of the cement works at the head of Black Wattle Bay was nearing completion.

The demolition revealed the UTS tower.