Getting around in the Inner West on Public Transport

- December 06, 2019
Yesterday, I got to six engagements walking and using public transport but it wasn't all smoothe sailing. The air quality was bad, the 438 bus brokedown and the 445 bus and train from Petersham into the City were late.

In the morning, I joined the local Women's Choir at their warm up at the Annandale Community Centre and their performance at St Basil's Aged Care facility a short walk down Johnston Street. 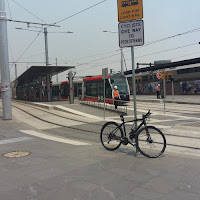 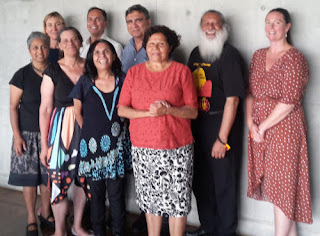 Then I caught a bus to railway square and walked up Elizabeth St to Redfern Oval for a meeting. 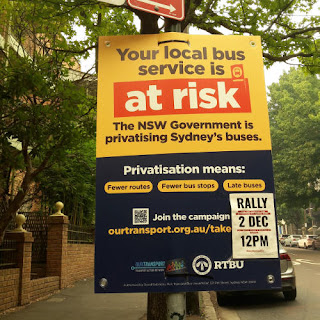 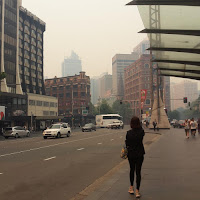 After the meeting, I caught a bus back along Elizabeth Street to central.


However, the driver pulled up at the bus stop on Parramatta Road, at Camperdown School across from the Westconnex Dive site and informed us that we had to get off because of a problem with the bus. Someone mentioned something about a fan belt.


Eventually a 436 came along and I hopped on, getting off at the Leichhardt Town Hall to walk to
Leichhardt High for their STEM Showcase.

After that a walk through Pioneer park to the bus stop on Norton Street to catch the 18:18 445, which as late. Got off at Petersham Station to go to the Inner West Council Environment Volunteers Christmas Party - where I joined the Women on the Verge trivia team.

Trivia Questions included how much water does a 7 minute shower use - the answer is 50litres!

Then I caught the train to Town Hall and the Art for Rivers exhibition at MUA Headquarters. 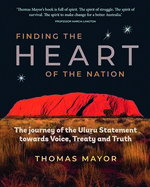 Unfortuately, I missed Thomas Mayor's talk "Finding the Heart of the Nation" but did acquire a signed copy of his book.

Finding the Heart of the Nation: The journey of the Uluru Statement towards Voice, Treaty & Truth

Walked back to Broadway and caught the 470 home!