That the National General Assembly (NGA) calls on the Commonwealth Government to amend the Telecommunications Act 1997, to improve the existing standards for the delivery of so called “low impact” facilities, by introducing guidelines or other regulation that requires enhanced consultation with the community and other stakeholders and consideration of community amenity in the design and placement of facilities.

Telephone companies licensed by the Australian Communications and Media Authority as 'carriers' can install so called 'low-impact’ facilities without seeking state, territory planning or council approval. The location of “low impact” facilities, such as roadside cabinets, (small) radio communications dishes and antennae, cable pits, and public payphones, are not regulated because their size means they are meant to have a low visual impact and be less likely to raise planning, heritage or environmental concerns.

The Telecommunications Code of Practice, made by the Minister in 1997 and amended in 2002, requires that when a carrier
is installing low-impact facilities, it must take all reasonable steps to:
The Code of Practice has not been properly enforced and the local community has complained that facilities like those required for the delivery of the NBN are located in inappropriate areas. Often there is limited engagement about the location of these facilities and, as a result, local amenity is adversely affected.
Clearer, enforceable Codes or Guidelines are needed so that telecommunication companies cannot disregard the views of the local community. 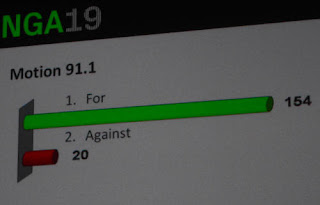 • Remove public payphones from the definition of “low-impact facility”, or
• Otherwise require planning approval for payphones.

According to the Telecommunications (Low-Impact facilities) Determination 2018 under the Telecommunications Act 1997 (Cth), Telstra may install the digital payphones and LED screens without approval (although a permit is required in the City of Adelaide). While the public payphone, cabinet or booth can be used to display advertising related to the supply of standard telephone services, approval is required for commercial third-party advertising.

This is a national roll-out, occurring in five capital cities (Perth, Brisbane, Melbourne, Sydney and Adelaide), in the first instance. Payphones are located throughout Australia in urban, regional and remote areas as part of Telstra’s Universal Service Obligation (USO). The physical environment of local communities, and the capacity to influence planning outcomes, is an interest shared by Local Government Authorities.

Payphones were last substantially redesigned in the late 1980s. Customer expectations of services and facilities have changed since then. The new digital payphones offer wi-fi and USB charging points and other features such as emergency messaging that Councils could tap into.

While it is not unreasonable for payphones to be redesigned to meet contemporary demands, there is a question about the reasonableness of a determination that public payphones are a “low impact facility”, given their size, and the inclusion of a large format LED screen for advertising. The planning and road safety issues associated with such signage (illumination, animation, advertisement changeover time, orientation to the roadway, location in relation to traffic lights) exist irrespective of the content of the advertising i.e. whether it is third-party or not.

The effect of the low-impact determination in the USO is that councils and State planning authorities have no role in determining the number or location of payphones. Nor is there authority to deny the advertising component (other than for display of third-party advertising).

It is also noted that Telstra’s planned display of third party advertising in breach of the USO has significant potential to devalue existing commercial arrangements that some Councils have in place for products such as bus shelter advertising.

Telstra has around 17,000 pay phones, yet more than 99% of Australians have access to one commercial mobile network.

Usage of payphones when measured between 2010 and 214 showed to be decreasing dramatically, with reports indicating that only 9 per cent of people had used a payphone in the six months to May 2013.

The 2017 Aust Govt Productivity Commission Inquiry into the Telecommunications USO determined that it may not be required as a voice fixed line is to be made available to every residence and business premise (as guaranteed by the Federal Government with rollout of the NBN), and decided that no change to the USO would be considered until 2032. In recognition of this the roll out of the SmartHubs could be considered premature, particularly given the planning considerations raised by their size and potential use to display advertising content.

Requiring planning approval for the installation of SmartHubs would allow each Council to assess applications with reference to planning considerations relevant to the proposed site. In the case of payphones, those considerations could include matters such as pedestrian safety, the safety of road users, and placement in relation to traffic lights.