That the National General Assembly (NGA) calls on the Federal Government to reverse its cuts to (and fully fund) the Status Resolution Support Services (SRSS) program.

Many Councils are concerned by funding cuts to the SRSS program by the Commonwealth Government, as it will cut income and case management support of many people seeking asylum and dramatically increase the demand for support at the local municipality level. The decision to cut SRSS will apply across Australia.

Since 1993 the Federal Government has financially supported people while their claim for asylum is being considered. This program is now called the Status Resolution Support Service (SRSS) program. It provides a basic living allowance (typically 89% of Newstart allowance – currently equating to $247 a week), casework support and access to torture and trauma counselling. It is delivered by not-for-profit agencies across Australia and is also used to support other vulnerable migrants in need. 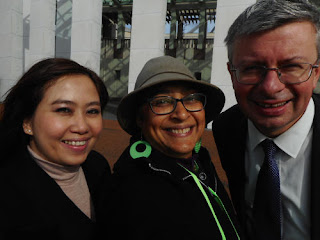 In August 2017, the Home Affairs Department reduced those able to access the program, including people studying English for employment. As a result of a further eligibility change on 1 May 2018, SRSS asylum seeking recipients who are assessed as being job ready will start exiting the program. The Federal Government maintains the program is designed for short-term, tailored support and that asylum seekers who have work rights, and are considered ‘job ready’, should be obliged to work. 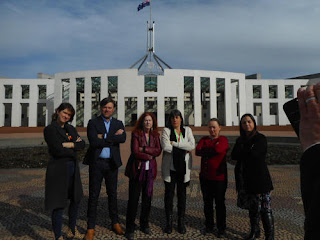 In July 2018, the Refugee Council of Australia estimated that proposed changes to the SRSS has left 7,500 people across Australia hungry and homeless. Loss of income and case management support will be accentuated by the uncertainty of their status in Australia, language and cultural barriers, and the effects of torture and trauma. It is counterproductive to force people into being homeless and hungry when most are likely to be in Australia for the long-term.

States, local communities and charities will bear the brunt of the consequences of these changes: overstretched agencies will see an increase in people seeking emergency relief for food, clothing, blankets and support to pay rent. Housing and homelessness services will see more people. For example, in the City of Port Phillip service providers like Launch Housing are currently turning away more than 50 percent of people who need crisis accommodation. This situation will get worse as the changes to SRSS take effect. 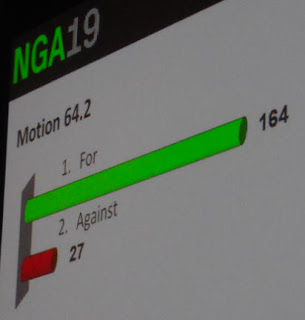 The Australian Government has a moral responsibility to provide support to people until they receive the outcome of their asylum claims and can move forward with their lives in a positive way. The Australian Government’s operational decision has effectively transferred the burden of care and support for people seeking asylum to the local government level.

People seeking asylum reside in approximately 362 municipalities, representing over half (57%) of the 633 municipal districts
across Australia. A substantial number of these will be affected by the changes. This is a national issue.

The SRSS program provides vital support to individuals and families living in the Australian community while they wait for their refugee status to be finalised. It provides help with the basics of life including housing, food, clothing, medical services and the costs of putting children through kindergarten and school. It also provides access to counselling and mental health support.

In June 2018 changes to the SRSS program meant thousands of people seeking asylum would no longer fit the eligibility criteria and progressively be exited from the program. At the end of December 2018 approximately 2000 single people and couples without children had been exited nationally. Assessments for couples with children were scheduled to take place from early 2019. Those exited have no income and allied supports and are at extreme risk of destitution and homelessness.

Community services, voluntary organisations and charities in municipalities where people are resident are not coping with the increased demand.

According to the Refugee Council of Australia, based on late 2018 data from the Department of Home Affairs, 13,299 people are at risk of losing support, 4059 of those are children. Within Victoria alone, the number at risk is 5863.

This motion is in alignment with the motion passed by the Municipal Association of Victoria and is supported by the Victorian Local Governance Association. This motion is in agreement with objectives of the Local Government Mayoral Taskforce Supporting People Seeking Asylum, a national coalition of councils seeking to have the SRSS program reinstated in full for all people seeking asylum who have need.


Your support will make a difference