From and Annandale on the Web to 7 Short Walk Books

In 1998, I created a website called "What's on in Annandale". Then, past and present residents began to share stories and fond memories and an Anecdotal History of Annandale was born.

Next the National Library began to digitise old newspapers and created Trove a comprehensive search engine across all Australian Libraries. "In 2001 the [National] Library embarked on a major digitisation project to provide improved access to its large and diverse collection." -  Library celebrates 100 000th digitised picture (1 Nov 2007)

The NSW and National Archives also provided online indexes and digitised content and reading rooms where original material could be accessed.

as well as other museums and libraries have also been digitising their content and revealed moments in Annandale's History.

NSW Records makes photographs have also been made available on Flickr and reuse was encouraged. See Anecdotal History of Annandale Post Office

Then I was invited to guide a walk as part of the Hunter Baillie Church Heritage open Day in April 2011.

Responding to the interest in walking and history, I was encouraged to publish the walk and 1890s Annandale became the first in a series of Short Walks around Annandale.

There are now seven books in the series and I will be guiding the eighth walk '60s Annandale on 5th May before writing up and publishing it.

The paperbacks have been popular with the assistance of the Annandale Village Newsagent and Gleebooks. Lulu also organises distribution through Amazon

The e-books are also available on several platforms: 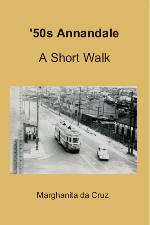 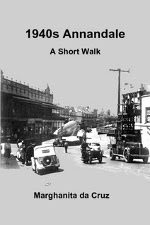